From Romania to Algeria and back again: Adolphe Crémieux and the construction of Europe and Empire 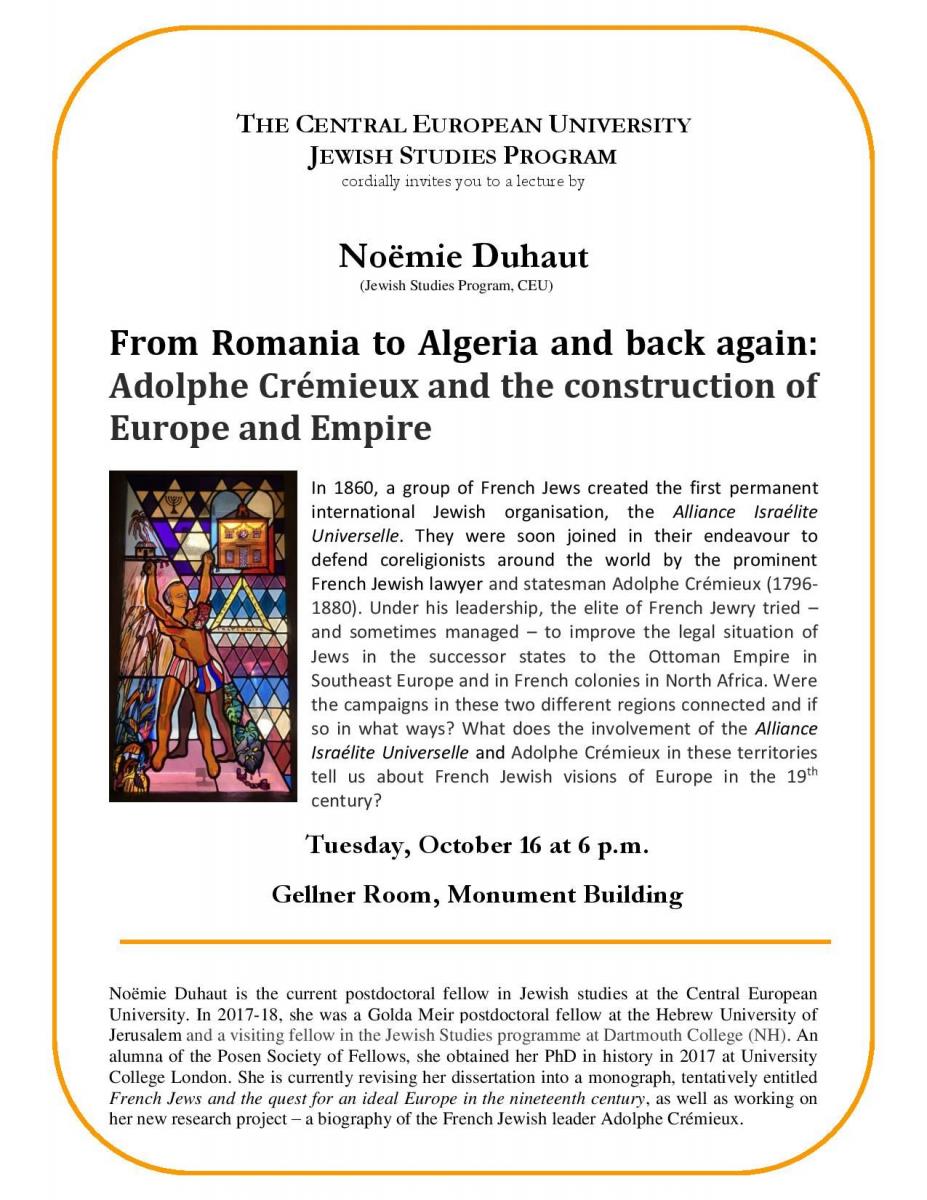 In 1860, a group of French Jews created the first permanent international Jewish organisation, the Alliance Israélite Universelle. They were soon joined in their endeavour to defend coreligionists around the world by the prominent French Jewish lawyer and statesman Adolphe Crémieux (1796-1880). Under his leadership, the elite of French Jewry tried – and sometimes managed – to improve the legal situation of Jews in the successor states to the Ottoman Empire in Southeast Europe and in French colonies in North Africa. Were the campaigns in these two different regions connected and if so in what ways? What does the involvement of the Alliance Israélite Universelle and Adolphe Crémieux in these territories tell us about French Jewish visions of Europe in the 19th century?