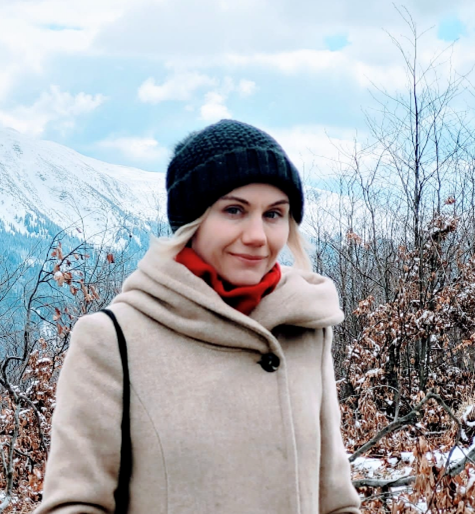 My research centres on cultural and social history of Eastern Europe, with an emphasis on refugee and migrant history. During my doctoral and postdoctoral research at the University of Manchester and Vienna Wiesenthal Institute for Holocaust Studies, I focused on Displaced Persons in the early Cold War period in the global perspective. I have published on the history of gender, refugees, and diaspora. My first monograph, entitled Kingdom of Barracks. Polish Displaced Persons in Allied-occupied Germany and Austria, 1945-1952 (McGill-Queens University Press) explores the making of cultural identity in exile from a bottom-up perspective.

During the fellowship at CEU I will start my new research project on Jewish Displaced Persons (DPs) and the Vatican in the aftermath of the Second World War. It focuses on Jewish DPs in post-war Germany, Austria, and Italy and their relations with the Vatican aid agencies. It explores how the Holocaust survivors navigated the post-war refugee regime and interacted with the papal authorities. This project will be the first to explore the role of the Vatican Relief Commission (Pontificia Commissione di Assistenza, PCA) in assisting and resettling DPs in the early Cold War. Drawing on newly-opened collections of the Vatican Apostolic Archive (VAA, named the Vatican Secret Archive until 2019), it will uncover internal discussions within the Vatican on why and how Jewish DPs should be supported, alongside the DPs’ requests for assistance. It will also ask how DPs, originating mainly from East-Central Europe, negotiated with papal authorities as well as international organizations to obtain aid and secure resettlement.

Conflicting Narratives:
The Memory of the Holocaust in Central European Art (1945–1989)

My research is dealing with the reception of the Holocaust in fine arts during the post-war years and communism in Central Europe. The title – Conflicting Narratives – refers to the Janus-faced nature of this phenomenon. Whilst for commissioned works representing official memory politics predominantly non-Jewish artists were contracted, non-commissioned, private artistic memory of the Holocaust was, for the most part, created by Jewish artists. These two groups of works represent distinct, even conflicting narratives due to the differences between official expectations and private memorialization of the Shoah, and also owing to the diverging personal experiences of the artists.

During the fellowship I am working on an exhibition and book project, titled Commissioned Memory that will introduce a forgotten yet exceptional fine arts collection commissioned for the permanent Hungarian exhibition in Auschwitz, opened in 1965. The exhibition was the second great art project initiated by official Hungarian memory politics, following the Hungarian memorial of Mauthausen, both representing Hungary abroad, within an international context, in the meantime externalising the memory of the Holocaust.

I am also planning to co-organize an international conference about the reception of the Holocaust in fine arts in the former Eastern Bloc and the “former West”, bringing together scholars from the fields of art history, Jewish studies, and Holocaust studies. 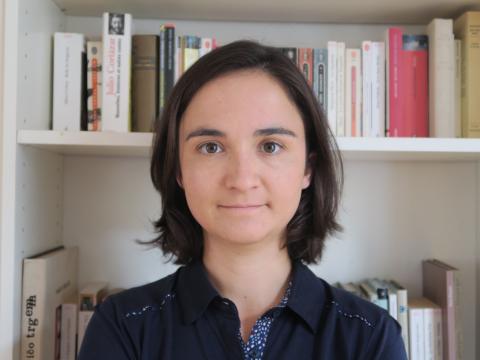 Broadly speaking my work deals with the relationship between French, European and Jewish identities in the nineteenth century and investigates how and why the elite of French Jewry constructed a supranational European identity in this period. I am currently revising my doctoral thesis into a monograph, tentatively entitled French Jews and the quest for an ideal Europe in the nineteenth century. It focuses on the main French Jewish body engaged in international advocacy at the time, the Alliance Israélite Universelle, and examines its campaign for the civil and political equality of Jews in the Balkan states that gained independence from the Ottoman Empire in the second half of the 19th century. I am also starting a second research project – a biography of the French Jewish lawyer and statesman Adolphe Crémieux (1796-1880).

I was previously a Golda Meir postdoctoral fellow at the Hebrew University of Jerusalem as well as a visiting postdoctoral scholar at Dartmouth College. I obtained my PhD in history at University College London in 2017, where my work was supported by the Arts and Humanities Research Council as well as the Posen Society of Fellows. 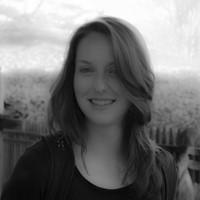 Jewish “Homelessness”, Geopolitics, and Migration, 1905-1960. This research project consists of two parts. The first of these two sub-projects is an ongoing book project that deals with the history of the Jewish Territorialist Movement as both an expression of twentieth-century Jewish political behavior and as a product and reflection of larger geopolitical trends and discourses. As of 1905, the Jewish Territorialists searched for areas outside Palestine in which to create settlements of Jews. My study analyzes both Territorialist ideology and the place the movement occupied within a broader Jewish political and cultural narrative during the first half of the twentieth century. I also argue that Territorialism was relevant beyond a specifically Jewish historical analytical framework: Territorialist thought and discourse reflected several more general contemporary geopolitical trends and practices. The most notable of these trends was inspired by the international policymakers’ approach to peoplehood, territory and space, before, but also directly following the Second World War.

The post-war geopolitical dimensions of Territorialism and the larger Jewish political context in which the movement existed connect my first book project to my proposed follow-up project. In this work I argue that the Jewish Displaced Persons (DPs) in Austria directly and indirectly influenced the development of migration and refugee policies, discourses and ideology during the post-Second World War period. I will demonstrate this by analyzing the interactions between the Jewish DPs in Austria and Jewish welfare and lobby organizations, as well as between these organizations and the architects of postwar refugee policies. I make the case that Austrian DP history deserves attention in its own right, because of several unique features that set it apart from the history of Jewish DPs in Germany, with which the Austrian story has so far been conflated in scholarship on Displaced Persons.

Mihaly Kalman was a Postdoctoral Fellow in Jewish Studies at CEU. Arriving from Harvard University, Kalman wrote his dissertation on Jewish soldiers' organizations and paramilitaries during the Russian Civil War, and the transplantation of self-defense activists' experiences to Mandatory Palestine. Apart from a number of forthcoming articles on these topics, he has also published on the interwar debates around Hungarian-Jewish Olympians