Students from the Nationalism Studies Program and the Jewish Studies Specialization were invited to a walk in the 2nd district of Vienna, Leopoldstadt, which has been the center of Jewish life in the Austrian capital since the seventeenth century. The itinerary started at the memorial site where Vienna's main synagogue, the "Leopoldstädter Tempel," stood between 1858 and 1938, and included the sites of the Orthodox and the Sephardi synagogues, of the Nazi deportation collection point and of the Gestapo building. Jewish life in the district, once nick-named "Matzo Island," has revived after the Holocaust, most visibly in several Jewish institutions and the recently restored Jewish theater "Nestroyhof". 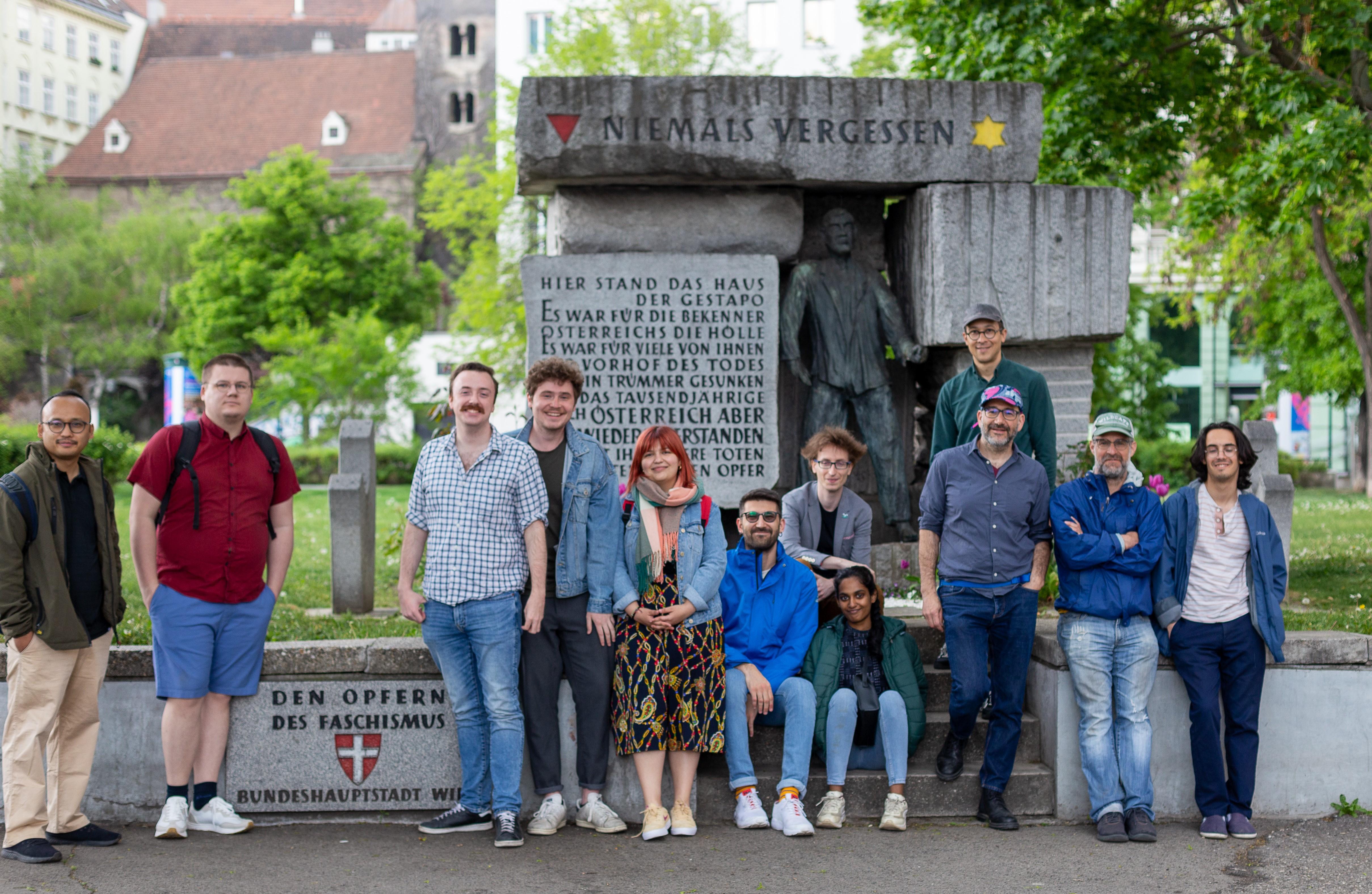 A train ride from Vienna, students of the Jewish Studies Specialization explored Eisenstadt, a city in the Burgenland region of Austria. The tour was organized by Professor Michael Miller in the framework of his seminar class "Jews in the Habsburg Empire" and guided by Gerhard Baumgartner, director of the Documentation Centre of Austrian Resistance (DÖW). Close to the castle of the Esterházy family, who were the lords of this formerly Hungarian city between 1622 and 1848, the Jewish Quarter was an autonomously administrated village. The quarter still conserves the small palace in which the imperial factor Samson Wertheimer had his residence and private synagogue, as well as two important cemeteries dating back to 1679. In postwar Austria, the authorities demolished the main synagogue in 1951, but established in the Wertheimer Palace in 1972 the Austrian Jewish Museum, which has become a pioneering institution in the country's historical memory. 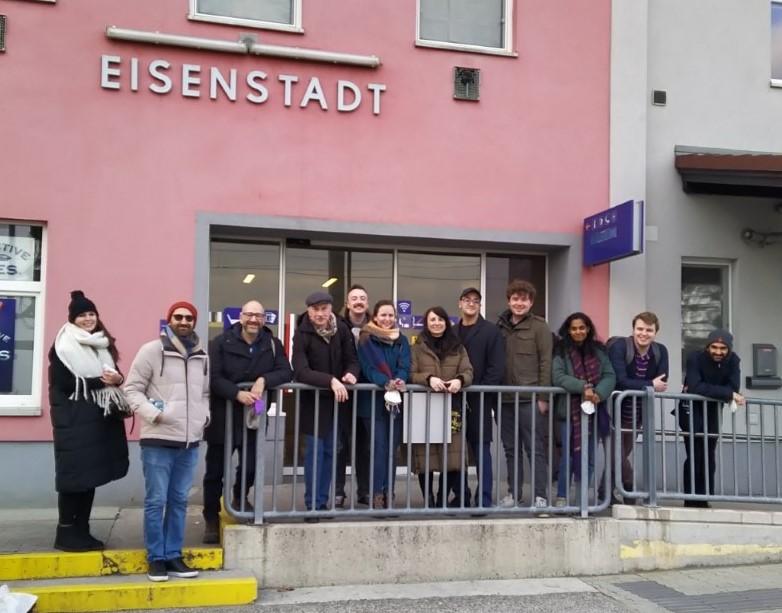 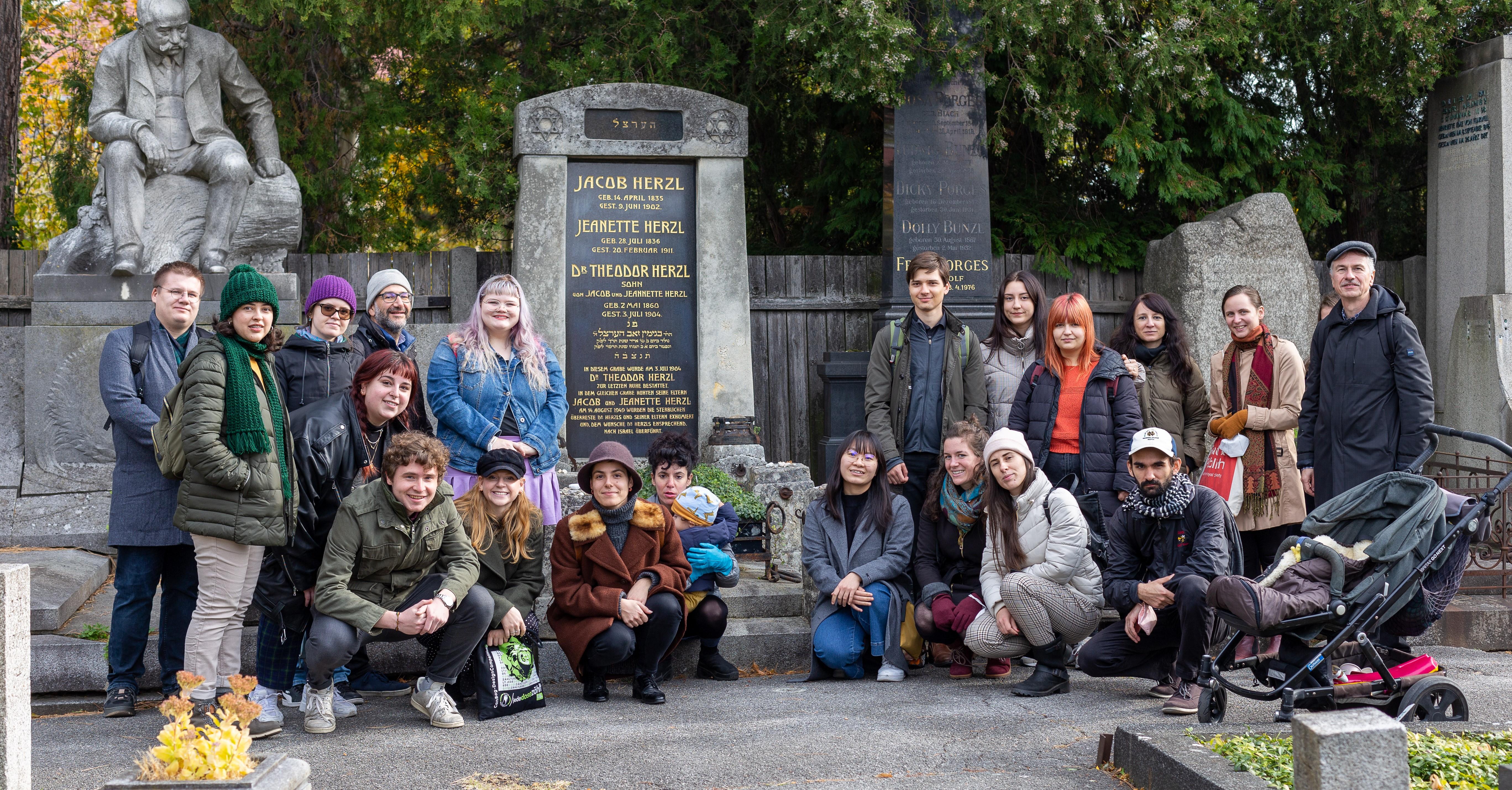