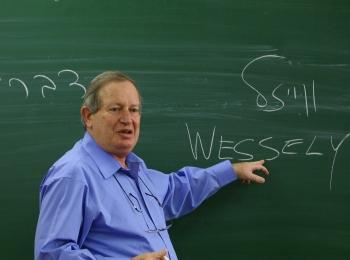 Professor Bartal taught at Harvard, McGill, University of Pennsylvania and Rutgers , as well at Moscow State University (MGU). He was for many years a faculty member of the Open University of Tel Aviv and has contributed to the development of its teaching programs. Bartal is one of the founders of Cathedra , the leading scholarly journal on the history of the Land of Israel , and had served as its co-editor for over twenty years. Since 1998 he is the editor of vestnik , a scholarly journal of Jewish studies in Russian. From 1995 to 2003 he chaired the Israeli history high-school curriculum committee.

Bartal has published many books and numerous articles on the history and culture of East European Jewry, Jewish nationalism and the Jews of Palestine in the pre-Zionist era. Among his recent publications: Poles and Jews: a Failed Brotherhood (with Magdalena Opalski, Hanover, University Press of New England, 1992); Exile in the Land (published in Hebrew, Jerusalem, ha-Sifriya ha-Tsiyonit, 1994); From Corporation to Nation: The Jews of Eastern Europe, 1772-1881 (Tel Aviv, Misrad ha-Bitahon Publishing House, 2002); A Century of Israeli Culture (editor, Jerusalem, The Hebrew University Magness Press, 2002); Kehal Yisrael vol. 3 (editor, Jerusalem, Merkaz Shazar, 2004); The Jews of Eastern Europe. 1772-1881 (University of Pennsylvania Press, 2005, 2006, translated into Russian, Moscow 2007); The Varieties of Haskalah (editor, with Shmuel Feiner , Jerusaelm, the Hebrew University Magnes Press, 2005) Cossack and Bedouin: Land and People in Jewish Nationalism , (Am Oved Publishers, Tel Aviv 2007). He is co-editor (with Antony Polonsky) of Polin, vol. 12 (1999), which focuses on the Jews in Galicia , 1772-1914.