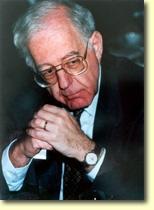 Shlomo Avineri is Professor of Political Science and Director of the Institute for European Studies at the Hebrew University of Jerusalem. Born in Poland in 1933, he has lived in Israel since 1939. He studied at the Hebrew University and the London School of Economics and has held visiting appointments at Yale, Cornell, the University of California, Wesleyan University, Oxford, the Australian National University, the Central European University in Budapest, Cardozo School of Law in New York and Northwestern University.  He was also visiting scholar at the Wilson Center, the Brookings Institution and the Carnegie Endowment for International Peace (all in Washington D.C.), Collegium Budapest, as well as the Institute of World Economics and International Relations (IMEMO) in Moscow. He is a member of the International Institute of Philosophy.

His books, which have been translated into many languages, include:The Social and Political Thought of Karl Marx, Karl Marx on Colonialism and Modernization, Hegel's Theory of the Modern State,Israel and the Palestinians, The Making of Modern Zionism, Moses Hess: Prophet of Communism and Zionism, Communitarianism and Individualism (with Avner de-Shalit), The Law of Religious Identity: Models for Post-Communism (with András Sajó), Integration and Identity and Politics and Identities in Transformation (both with Werner Weidenfeld). He recently participated in preparing a Hebrew edition of Theodor Herzl's Diaries and wrote an historical Introduction to the edition. Israel: Nation-Building, Political Development, War and Peace